Golden Community Music was a mobile album-recording project that took place in Market Square over the course of four Saturdays in July 2014.

Members of the community were invited to visit the space in front of City Hall, which was filled with a variety of instruments and basic recording equipment, to record music or add tracks to other people’s songs. Players of all skill sets and levels were encouraged to experiment with sound and explore the creative-potential of the outdoor space.

There was an album art station where participants could write, craft and design album art for the recordings which were burned onto CDs and distributed around the city. 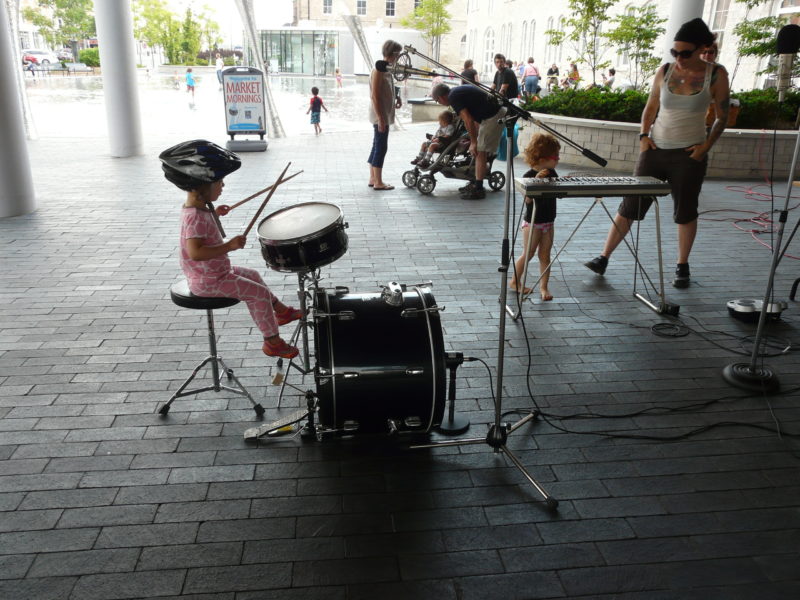 Jenny Mitchell is a local musician, artist, mother, bus driver and karaoke host. She has been performing in bands since she was fifteen, and has released 11 albums of original music.

Skilled in the practice of audio recording and music production, she operates a Canadian label collective called “Label Fantastic!” and is currently the Volunteer and Mobile Studio Coordinator for CFRU.